Here you will find all you need to know about our instructors.

Tactical Risk Group was established in 2013 by a former member of the 1st Special Commando Regiment 4101 Lubliniec, whose experience stretches beyond his military service, with years of work in the private sector providing security and close protection services.

After leaving the military, he left for Great Britain, where he worked in the security sector for five years as a VIP security agent. After returning, he worked as a tactical training instructor at one of the leading security companies in Poland. As a security professional, he honed his skills and gained experience in training centres abroad. He underwent training in the USA, ISRAEL, UKRAINE, and completed training at the well-known Spetsnaz Center ” Vityaz ” in Russia. In 2013, he started his company, Tactical Risk Group, while in the same year starting work as a maritime security operative. After just eight months he was promoted to Team Leader and worked in this capacity until 2016. Since then he has dedicated his full attention to running the company. 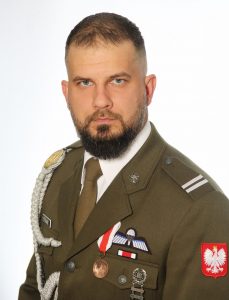 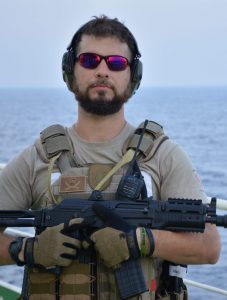 An Expert in Firearms with over 15 years of experience. Undergone extensive training at a multitude of training centres in Poland, Russia, Ukraine and Germany. Served as a Marksman and Instructor with the Territorial Defense Force of Poland. Decorated by many NATO countries for firearms excellence, winner of a multitude of international shooting competitions. Received the Merit for National Defense Medal from the Polish MOD. Contracted for 5 years in Africa and the Middle East in the capacity of Security Team Medic, Team Leader and Armory Custodian. Personally trained over 750 former servicemen for work in High Risk Areas around the World.

Former operator of the Military Commando Unit JWK, a veteran of five combat missions four times in Afghanistan and once in Iraq. A graduate and attendant of many foreign courses and training exercises. Operator of the only MERT (Mobile Exploitation and Reconnaissance Team) special group in Europe and NATO tasked with combating the proliferation of weapons of mass destruction. He ended his military career after 21 years of service. Currently a firearms and tactics instructor. Maritime Security Team Leader at HRA. 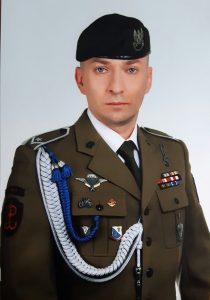 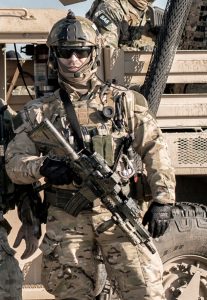 Paramedic, member of Polish Ambulance Service Team. Former soldier of the 25th Air Cavalry Brigade.  Independent Air and Assault Group (SGPSz) selected for the Direct Action Detachment 17-25 (DAD 17-25) team. He provided medical support for reconnaissance and direct operations, taking part in them personally, as part of the targeting of the 9th rotation of the PMC Afghanistan.
He worked as a medical personnel contractor at the NATO base in Kandachar, Afghanistan. NAEMT TCCC / TEMS instructor trained in the United States. Medical instructor at the Special Forces Training Center in Lubliniec. The author of the textbook for
Combat Medics of Special Forces “Waiting for Medevac” 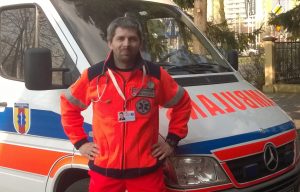 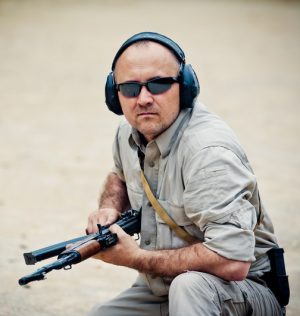 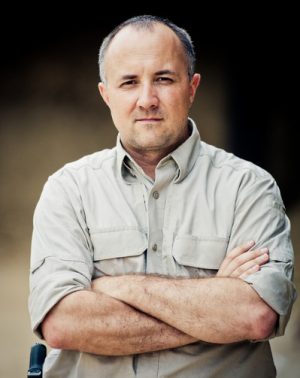 Over 15 years of experience in close VIP protection in Poland and abroad. He conducted security assignments in Spain, France, Switzerland, Malaysia, Borneo, Laos North Africa, Colombia and Brazil. He is fluent in Polish, English and Spanish. He has a number of instructor and professional qualifications:

Former Operator of the Independent Anti-Terrorism Police Unit. He began his adventure with the police at the Gwardia Wrocław sports club, where in 1998 he began training, and achieved further sports successes and gained increasingly higher skills until  First Dan.

In 1996, after passing the selection he joined the Independent Counter-Terrorism Police Unit where he started working as an operator in the SPAP Wrocław team, where he raised his professional qualifications. After several years of service on the first line, Przemek became an instructor in this branch, where he began to transfer his knowledge to other officers.

During his service he participated in combat operations, for which he was repeatedly awarded and awarded the bronze medal “Distinguished Policeman”. He also participated in the Peacekeeping Mission in Kosovo where he was responsible for protecting delegations from the UN in Kosovo. 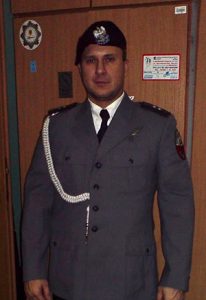 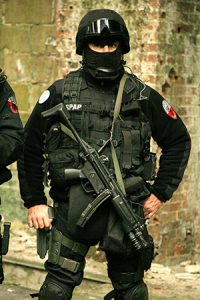